Availability In stock
Released 08 Sep. 2017
SKU
RT-880
Skip to the end of the images gallery 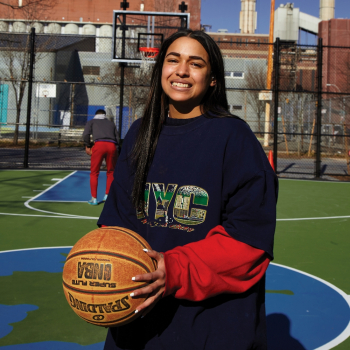 Princess Nokia – aka New York rapper Destiny Frasqueri – has been releasing music via Youtube and Soundcloud since she was in High School, and slowly bubbling up on the internet, garnering a rabid fanbase. Last year, with the self-release of her 1992 mixtape, she catapulted herself to the next level, solidifying her position as one to watch. Since its release, she’s toured the world over, selling out various venues across the globe in mere days, and racked up literally millions of views/listens on her tracks. She is not only a brilliant rapper & lyricist but a feminist icon who is unapologetically herself, and aligns equally with the values of punk rock and riot grrl, ‘90s R&B, and the best of forward-thinking hip-hop. This is powerful, passionate, outspoken, vibrant modern music with deep roots in both NYC and rap history.
1992 Deluxe will be released via Rough Trade and is her first ever physical album; boasting 8 additional brand new songs - her first music since 2016.
This expanded version includes the original 1992 tracks fully remastered and comes with a beautiful gatefold package.