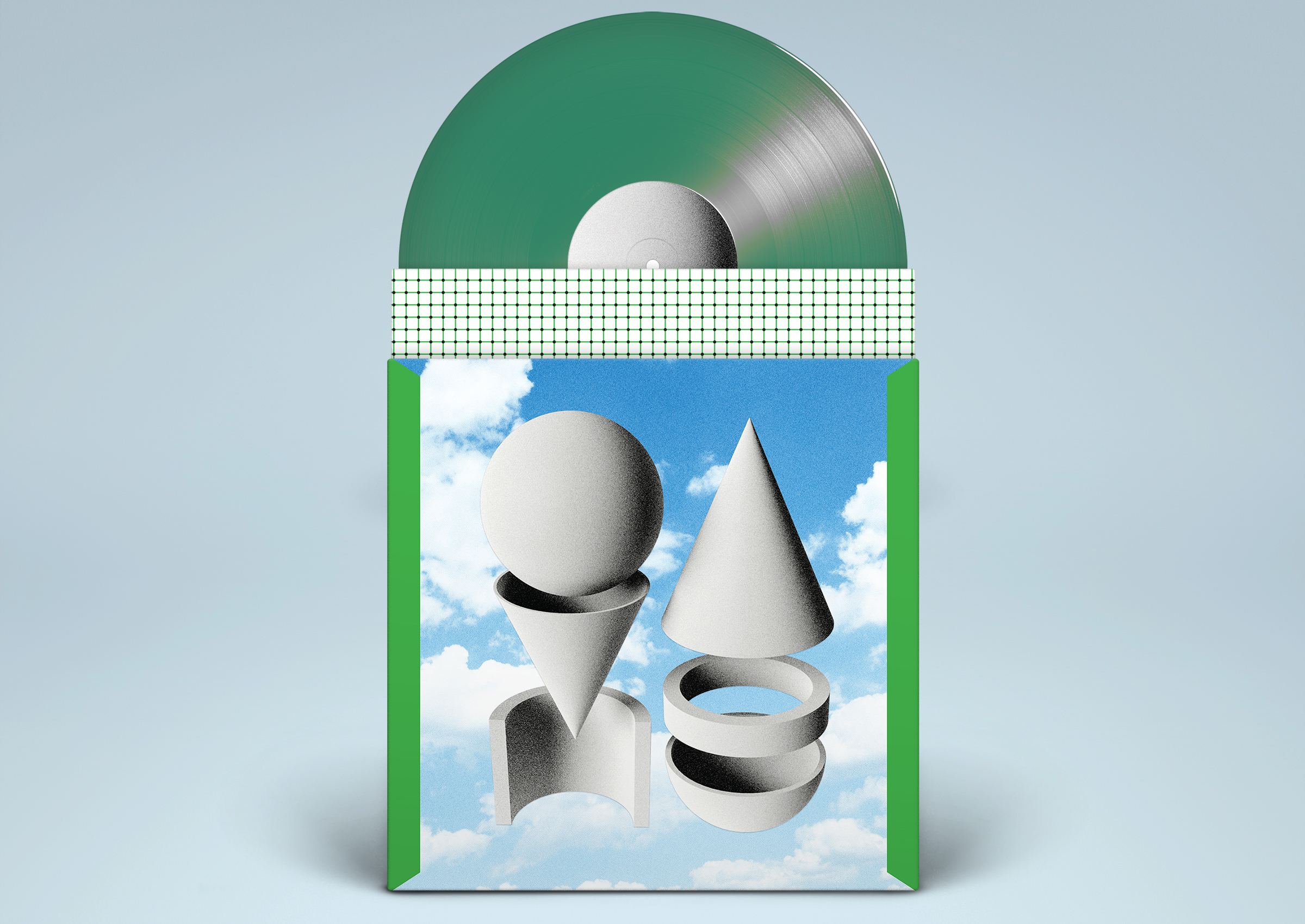 Shipping to arrive around September 13 the deluxe edition comes on blue-splatter vinyl.

Pang! is a futuristic psychedelic world pop album, a cross-cultural collaboration between Welsh musician and Super Furry Animals frontman Gruff Rhys and South African electronic producer Muzi. Having met while recording the track “Vessels” for Damon Albarn’s world music collective Africa Express, Rhys and Muzi decided to continue working on transcontinental music projects together, first on a remix of Rhys’ song “Bae Bae Bae” and eventually on a Gruff Rhys solo album recorded in Wales and produced and mixed by Muzi in both Cardiff and Johannesburg which, at Muzi’s request, consists of Welsh-language songs (with bits in Zulu).

As Rhys recalls, “Sometimes like on Eli Haul, [Muzi] would leave songs alone - often simplifying them further. On occasion he would jump to the mic and join in with some vocals. Some songs he would take a loop of a particularly interesting section, build a beat and rework the song from scratch, and by the song Ôl Bys / Nodau Clust - which we mixed by coincidence following a conversation about Daft Punk and industrial music - Muzi completely takes over, scrapping my bad bossa guitars, only retaining the original’s vocals. In that sense it’s a kind of remix album where adventure is favoured over predictability and where the radical remixes are the finished articles. Pang!”

Rhys also drew inspiration for Pang! from a trip to Paisley Park on a tour for his 2018 solo record Babelsberg: “visiting the gloss of Prince’s democratic music palace confirmed in me that my move into day-glo processed pop with this record was justified and in particular, albums like Around the World in a Day (and in particular the title track) became a reference point for attempting to make psychedelically joyful, internationalist and deeply personal digital pop music.”