Availability In stock
Released 28 May. 2021
SKU
RT-212
Skip to the end of the images gallery 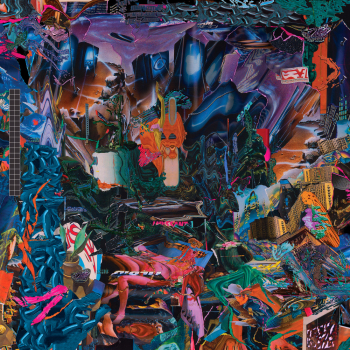 Flexi discs are no longer available.

1) black midi will be the function band for an event of your choice
2) One day in the studio with black midi for a creative collaboration
3) Guestlist spots for two people for all future worldwide black midi headline live shows for 10 years. Read the rules here.

Ground was broken on Cavalcade in those now weird seeming pre-pandemic days of 2019. Songs that had been brewing since the release of Schlagenheim in July began muscling their way onto set lists and finally became individual entities by October, getting refined in between an extensive world tour and a scorching turn at the UK’s Mercury Prize ceremony.

But then, just as they were gearing up to record the album, the pandemic hit. Eventually the band found themselves in the aptly named Hellfire Studios, a remote Irish facility in the Wicklow Mountains, south of Dublin, wherein you can hear all the planets align for this recording session.

Cavalcade is dynamic in its musical ambition above all else.
black midi listen widely and deeply not just to rock and jazz but to hip hop, electronic dance music, classical, ambient, prog, experimental... and they are quick to bat away any suggestion that it’s a risky strategy drawing from such a wide source of influences. Geordie says simply:“If you worry about that before you start you’re limiting yourself.You have to try because you could either end up with a madman’s breakfast or you could end up with a fantastic kaleidoscope and the only way to find out which one it’s going to be is to try. If you fail, so what? Try again.”

Spend some time with Cavalcade and you’ll acknowledge black midi are back with the biggest of bangs.