Availability In stock
Released 05 Feb. 2016
SKU
RT-790
Skip to the end of the images gallery 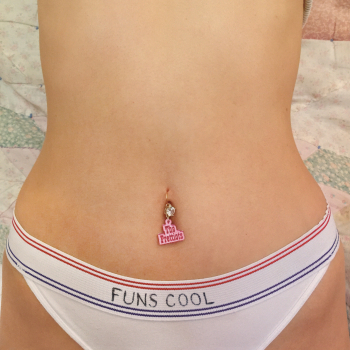 With their debut album, Funs Cool, The Prettiots reveal themselves to be a powerhouse: led by Kay Kasparhauser, a ukulele shredder (?!) who writes some of the sharpest lyrics in the indie pop world right now, with Lulu Prat’s bass and vocal harmonies bringing serious rock muscle into the equation.

Funs Cool shows that the Prettiots have impressive sonic and thematic range, with songs ranging from sweet to playful to triumphant to dark and near-distrubing: from “Suicide Hotline,” which, according to NPR Music, “like many Prettiots songs, couches stunning barbs of insight between sweet, fun harmonies and playful ukulele strums”; the biting breakup song/urban studies essay “Move To LA”; album opener “18 Wheeler,” a candid post-mortem on a failed relationship; and a cover of the Misfits’ “Skulls,” which turns the heavy classic into a pretty and plangent ballad.

Refreshingly unconcerned with gloss and perfection, The Prettiots are about honesty as much as they’re about hooks; unflinching in their willingness to present all colors of the emotional spectrum, they have created, with Funs Cool, a thoughtful, funny, and catchy-as-hell state of the union address from young women watching life unfurl in fits and starts before them, and letting us watch them figure out where they belong within it.