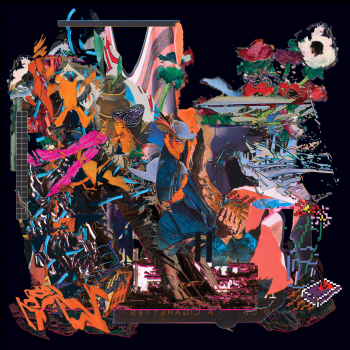 New single from black midi OUT NOW. Pre-order the new album Cavalcade out May 28th HERE.

black midi are gearing up for the release of their new album Cavalcade, out May 28th on Rough Trade, with lead single & video, “John L.” Cavalcade is a dynamic, hellacious, and inventive follow-up to 2019’s widely-praised Schlagenheim,“a labyrinth with hairpin-turn episodes and lyrics full of dourly corrosive observations” (NewYork Times, Best Albums of 2019). It scales beautiful new heights, pulling widely and deeply not just from rock and jazz, but hip hop, electronic dance music, classical, ambient, prog, experimental and beyond, reaching ever upwards from an already lofty base of early achievements.

“John L” has a massive sound and is driven by some gutsy Disci- pline-era King Crimson thrust. Its video was directed by choreogra- pher Nina McNeely, known for her work on Rihanna’s “Sledgehammer” and Gaspar Noe’s Climax.

After initially recording “John L” with producer Marta Salogni in Lon- don, the band found themselves in the aptly named Hellfire Studios, a remote Irish facility south of Dublin, in summer 2020 under the eye of John ‘Spud’ Murphy. Geordie comments: “It worked really well with John.We wanted a natural, open sound combined with fourth wall breaks – for lack of a better expression. Do you know on record when you can hear the tape screeching, the things that make you aware that you’re listening to a recording? [With a lot of records] it feels like either you’re listening to the ECM, high-fidelity, 25 mic amazing sound or you have the lo-fi album full of crazy effects.And I thought,‘Why not [...] combine the two?’”

B-side “Despair” will only be available digitally and on this very special and limited 12”.